*This episode has parts that are probably NSFW*

Our heroes have won their battles and wars and now they can finally be together as a family. The young men and women grow up and parents become grandparents in the final episode of Seven Dark Sorcerers.

Well we’ve made it. I’m not sure what all to say. I think that regardless of if this show is looked upon as good or bad, it’s still a pretty remarkable thing. I really like this show, there’s been good and bad that’s come of it, but I am happy and sad that we’ve finally reached the end.

I don’t think I realized how many scenes have censored nudity. Looking back at it now I feel like it should be toned down a little more, my intentions were to have serious moments of closure but I also wanted some comedy so I apologize if I went overboard.

The last thing I want to say is a very big thank you to everyone who……you know…..even bothered to give me a chance. I think that’s something I haven’t thought about much is sometimes I wonder why someone watched my work in the first place. I cannot thank you enough. I hope that you’ll continue to keep an eye on my channel. Even though this show is over, that doesn’t mean I won’t make any thing Zelda related again.

My next thanks goes to all the voice actors and actresses who showed interest in wanting to be apart of the show. If there were no interest then these characters wouldn’t have voices and I know I couldn’t do all the voices myself so I thank you for staying with me on this journey of 8 years. Seriously, some of them kept playing parts to characters for 8 years with no pay, for a fan animated show…that’s crazy to me.

Thank you very much to everyone who continued to watch, who believed in me and encouraged me to keep going cause I think it’s rare for projects like this to find completion.

We have plenty of projects in the future so please don’t think it’s all over just yet.

Thank you very much and I’ll keep making things in the years to come.

I went to PAX South this year in 2017, and I’m a big fan of Video Games Awesome; I am apart of their Turbo chat. I decided to go to PAX to take a small vacation and because I’d never been to PAX before. I had a good time, I got to see alot of cool stuff, but above all that I wanted to meet Frasier and Becky. I got to talk to both of them and I gave them copies of the SDS book I put together from the web comic. They were both very nice and they were genuinely impressed by the content of the book which made me happy. 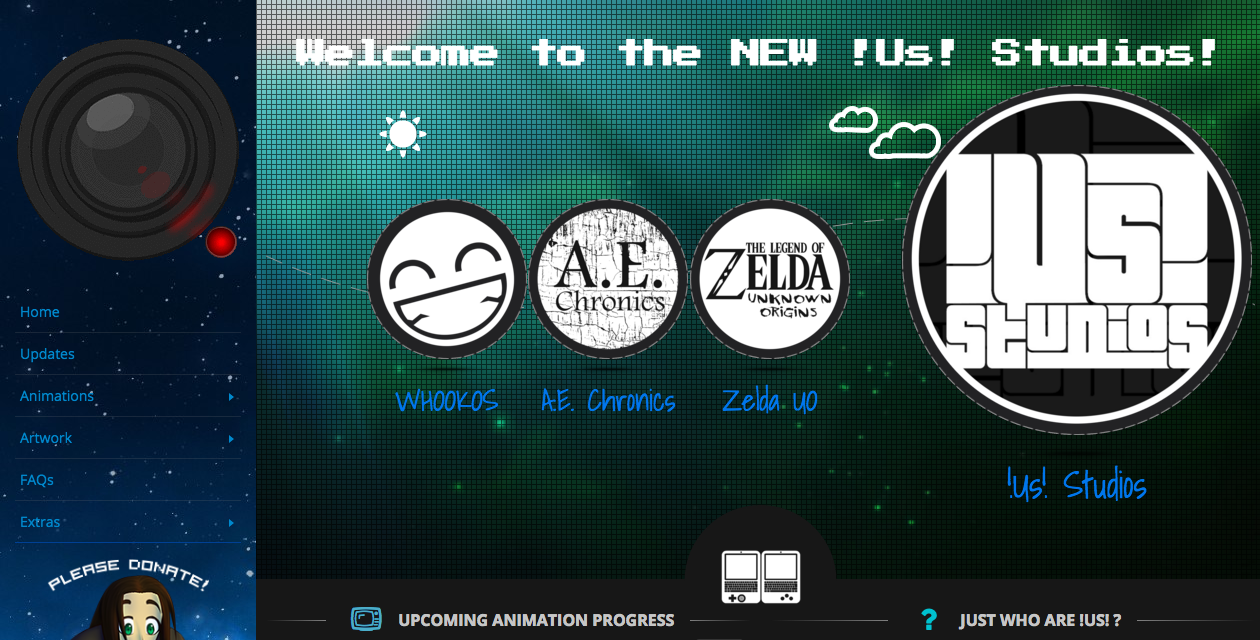 I thought this was worth posting about. My friend Scoot has publicly launched a new website that contains all his works and I wanted to share it on my site since I’ve wanted to see him make a big comeback.

Please give him a visit, and from what I’ve heard his new episode will be coming soon so I hope to see it.

On a side note I’m looking to make a new layout for zeldalinkedgreen.com mostly because this layout is having weird glitches.

I made a few discoveries while going through my old files of Coolo Eclipso. I posted all of them on the Coolo Eclipso Deviant art Gallery here: http://cooloeclipso.deviantart.com/gallery/

Some of them are just fun things that were omitted from the series. I thought it was worth sharing. 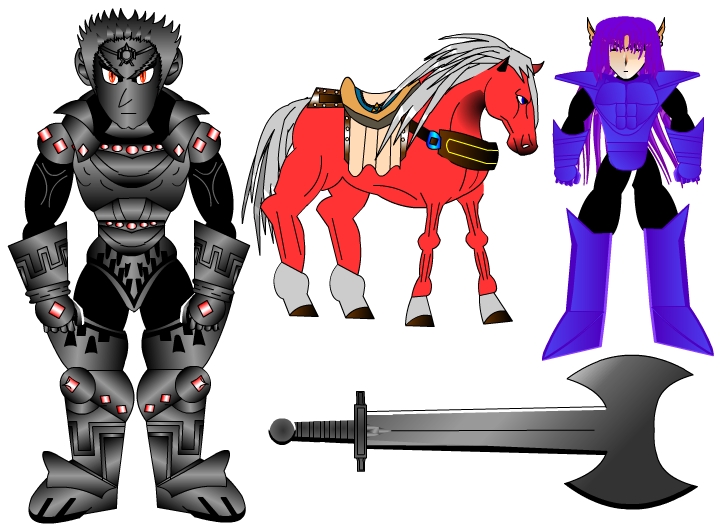 The Episode is going pretty well. I know it’s almost been a year since the last episode, but seeing as how this is the last battle for the series, and there are many fights to wrap up, I hope you’ll forgive me. As I’ve mentioned a little that I’m also working on a book for SpikerMan. I’m in the second draft, and making notes for what to add in the third draft, and I will soon have a sample chapter ready.

Some of these images are repeats, but I’ve not posted them here. Sadly I don’t think I can reveal any thing more than this without it going into spoiler territory.

Thank you again for your patience and support. 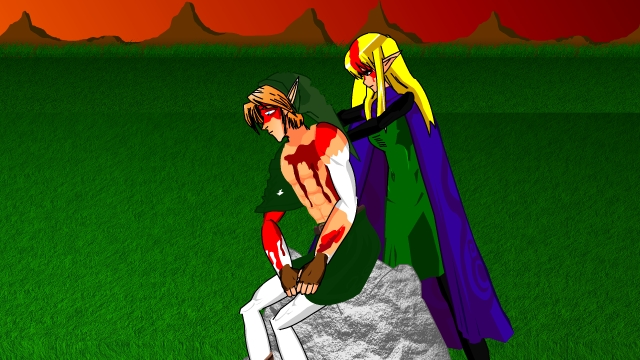 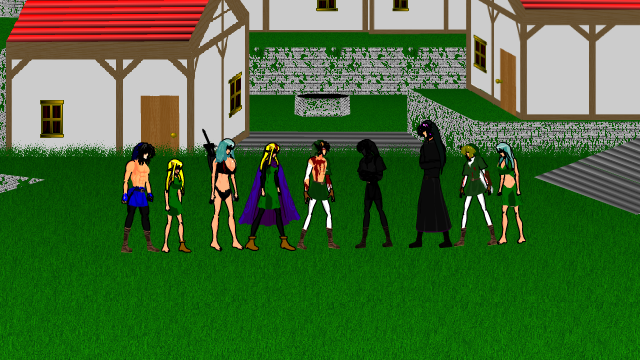 END_OF_DOCUMENT_TOKEN_TO_BE_REPLACED

Ok so I got very very sick the last time…so let’s try again.

The live stream will consist of marathoning all my shows: Hero Returns, Coolo Eclipso, and Seven Dark Sorcerers on February 3rd and 4th at 2pm central time on both days.

During the stream we will have short breaks where I cut to myself taking questions in the comments, we may have Skype calls, and we will have give away items.

You must have a youtube account to comment, and when I start a giveaway I will give instructions to the commenters to say something, and I will pick someone at random. The person I pick will send me a private message with their address information so I can mail the give away item to them.

Hopefully it’ll all work, and I’ll see you then.

I was interviewed by Zelda Universe

Special thanks to Nick who voices Ghirahim for helping with this trailer. Nick sings the Wily Wonka Tunnel song which I really wanted for this trailer and he did a perfect job.

My plans changed a little. I’m a lot more burned out from creating than I thought. Instead of working on a new comic/animation I’ve been uploading the old Episodes of Seven Dark Sorcerers to youtube again. I was very reluctant at first due to all the copyright problems Youtube is having, however I’ve received a few requests to put the episodes to youtube, so this is my attempt to bring them back. Hopefully they won’t get taken down this time.

I’m very happy with how the episode turned out overall, and from what I can tell many people are happy as well. So we’re all happy. Now for the not-so-happy news. There are two episodes left in total, and I know that sounds disappointing to all of you, but I’ve said it many a times that I should have stopped making Zelda cartoons a long time ago. I have no plans to make another Zelda series, and you know, if I wanted, this could go on forever and ever, and I feel if it did it would eventually become stale and boring and I would run out of ideas of what to do.

If you’re still sad or frustrated that the end is coming soon…I was never the right man for the job. I tried my best to give the Zelda community a serious Zelda animated show, and whether I succeeded or not, I tried, and I think I came the closest someone could.

Episode 32 may be about as long as this episode was, and believe it or not there are STILL things to spoil. The next episode has one big moment that changes everything and it’s a moment that you’ll never forget, so look forward to that. I’m going to work on this and the comic and I am praying and hoping for a release for Episode 32 in August. I hope the comic will tide you over until then.

Young Link has been lied to. The mastermind behind the Seven Dark Sorcerers will finally be revealed, and everyone will learn the price of revenge.

First of all this is 52 minutes long. I am both proud and somewhat apologetic, as I didn’t even know it was that long until last night. Length aside, I really hope that this is received well as I worked harder on this episode than a few past ones combined.

Overall I’m happy how this episode turned out, and I do realize it’s flaws, there may be parts that are frustrating regarding the pacing, or moments that are silly, but it doesn’t bother me too much. I think what bothered me most was trying to get a smooth 30fps at 1080p at the very end because there were a lot of technical difficulties; some I had literally never seen before and didn’t think were even possible. I hope you enjoy.

I’d like to thank our new voice actors for lending their voices: Nick Thulhu, BenClemmerVA, and MsAllyCat.